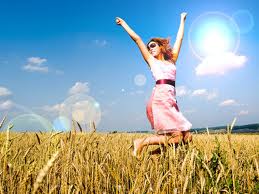 The compound Hordenine is used by many body builders as a supplement for weight loss. It can be found in a variety of grassy plants and grains but is usually taken as a supplement. Clinically known as N,N-dimethyl-4-hydroxyphenylethylamine, this supplement is said to work as a nervous system stimulant and slow the digestion of food.

Hordenine is a phenylethylamine alkaloid which is related chemically to the amino acid called tyramine. Usually sold in capsule form, this supplement is sold over the counter. In plants, it can be found in different varieties of cacti but the best source is the barley seed where its name is derived from.

This alkaloid was first isolated from a species of cactus by Arthur Heffter in 1894 and in 1906, the modern day hordenine was isolated from barley seeds.

One of the major benefits of hordenine is its ability to increase energy. How is this done? The supplement stimulates a hormone called norepinephrine which is an excitory hormone that is similar to adrenaline. This hormone energizes the body and triggers the release of glucose from energy stores. When this occurs, lipids are oxidized for energy and a general reduction of body fact is noticed.

Other benefits include its ability as a nootropic in inducing a positive mood, general euphoric feelings, improved focus and concentration. The supplement also displays synergy with Phenylethylamine.

As explained, Hordenine works by increasing the levels of norepinephrine in the body that in turn increases your heart rate, speeds up circulation and prompts the release of glucose stores thereby providing the user with fuel/energy. This supplement has stimulating effect that also enhances the metabolism of the body that gives hordenine a double effect- your body releases more fuel giving you more energy and burns fats.

Hordenine has become a favourite among those who have started some weight loss program since it is able to help your weight stabilize after a drastic drop which is one of the major problems that weight loser’s face. This is called the “set point” theory which states that our bodies resist major changes in weight.  The supplement allows your body to stabilize its weight easily and in theory changes the ‘set point’ position therefore making keeping weight off permanently less of a battle.

It is generally recommended to stick to the dosage on the label, the common dosage for hordenine for energy is 20mg When another 10 mg is added, the supplement can be used as a performance booster taken 30 minutes before your workout. If you intent to use the supplement as a fat burner, it is advised that hordenine is taken early in the morning and again after six hours.

In order to reduce the chances of experiencing any side effects, do not use it along with other nervous system enhancement supplements or else anxiety, difficulty sleeping, headaches and dizziness. Another caution is not to use hordenine when taking blood pressure medicine, asthma or allergy medication or some adverse effects