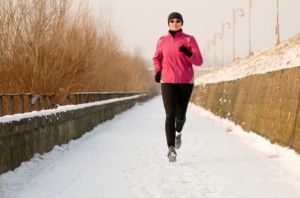 Similar to L-Citrulline, L-Arginine is an essential amino acid which people take mostly as a vasodilator (increasing the size of blood vessels for that “pump” that those desire in the gym). I’ve put Arginine in my pre-workout mixes before and I noticed increased vascularity and felt like I was not getting fatigued as easily. It wasn’t a magical compound that will make me the next Michael Phelps, but it did make a noticeable difference, especially near the end of my workout.

It should be known, however, that L-Arginine supplement on its own has pretty poor bioavailability as most of it is metabolized in the liver. What does happen to make it to the muscles and tissue is very beneficial. Actually, it’s interesting because L-Citrulline is shown to convert to L-Arginine in the kidneys, so if you are looking for the benefits of L-Arginine, take Citrulline malate powder instead – you’ll get all the benefits of L-Arginine, but will also get ‘more’ Arginine benefit (since it won’t be broken down early on in digestion).

L-Arginine supplements are mostly for those wanting to do more cardio or lift longer in the gym. I also take Arginine (actually Citrulline) when I’m sick because apparently the body needs more of the amino acid when It’s sick/diseased. It’s also supposedly beneficial in diabetics. Because Arginine is such an effective vasodilator, it is often a good solution for those who have poor bodily circulation (cold hands and feet, for example). Of course, it would be even more beneficial to just exercise (as exercise on its own acts as a superior vasodilator) but for those days when you just don’t feel like getting up, Arginine is a healthy alternative. Apparently people even take Arginine during cold winter months just to bear the cold weather a little better.

The next time I need to scrape ice off my windshield or my fingers are just too cold to play the piano, I’ll take some L-Arginine supplement and let my blood flow like a big, warm river – but for now, I’ll save it for the gym.