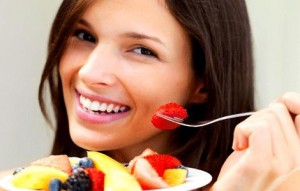 In an earlier discussion, I was talking about why Amino Acids are generally awesome (BCAAs specifically), but I wanted to read more about tyrosine supplements specifically. I’ve personally supplemented plenty of L-tyrosine in the past for my CILTEP stack (chemically induced long-term potentiation) as my precursor to dopamine.

The first step towards learning about tyrosine supplement is learning what it is, and what it’s for. L-tyrosine is actually a precursor of Adrenaline. Put simply, Phenylalanine turns into Tyrosine which turns into L-DOPA which turns into dopamine, and finally the dopamine turns into adrenaline. Secondly, l-tyrosine promotes an amine group called Catechol, which is shown to be anti-oxidant and neuro-protective in the brain. So far, as far as I’m aware, there’s nothing intrinsically negative to be said about l-tyrosine.

According to examine.com, there’s a genetic disease known as Phenylketonuria in which “body fails to properly metabolize the amino acid ‘phenylalanine’, and said amino acid can build up to toxic levels”. Remember how earlier I mentioned that phenylalanine converts into tyrosine in the body? Well it’s possible that the genetic disease, Phenylketonuria, could exist via tyrosine deficiency, and supplementing might be the solution (1).

I wanted to learn more specifically about the general problems with amino acids, so I continued reading. After a while of searching, I found something known as “amino acid imbalances”. This is the claim that by supplementing the body with amino acids, the body might not absorb the normal amount of food-derived amino acids in a regular, healthy diet. This sounds bad in theory, but it’s something I need to investigate further.