If you’ve worked out for any amount time, especially if you are someone who is first starting off, it’s fair to assume you’ve hit a wall at some point in your routine where you couldn’t continue.

We’ve all been there.

And if any of those workouts have been particularly intense, that wall is usually dropped on you and lit on fire…so to speak. 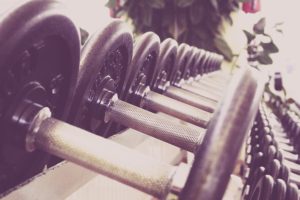 Your muscles are screaming in agony, you can’t quite catch your breath, and your legs are nailing their impression of a newborn deer.

This is all actually fantastic most of the time, because if you begin hurting in places you didn’t know existed (barring an injury, of course), it means you are strengthening your body and pushing it to new limits, little by little. This is how fitness works for the most part.

For obvious reasons, most people don’t want to actually feel their muscles burning while they’re lifting. The buildup of lactic acid does nothing for them aside from act as a reminder of how much easier it is to be at home on the couch.

Those people wouldn’t be better off on the couch, but they would do great with adding a supplement to their routine that can fight muscle fatigue and offers a laundry list of benefits. A supplement that can offer you all of the gain of an intense workout without having to suffer through the pain, unless you’re into that kind of thing.

Beta Alanine Benefits before a Workout

Beta-alanine is an amino acid that is the modified version of alanine. While dosage timing isn’t too important with beta-alanine, it’s often an ingredient in preworkout supplements.

In a study of 360 participants, beta-alanine improved muscular endurance [1]. Even if you do happen to enjoy the burn of a high-rep set or HIIT, beta-alanine has something to offer you as well, like allowing you to exercise even harder than you already do. One study looked at two groups of athletes, all previously trained. After 8 weeks of HIIT, sprints, and resistance training, both groups supplementing with beta-alanine had added muscle mass and lost fat while improving their performance outputs [2].

If endurance exercise is your thing, one study showed this amino acid improved anaerobic capacity in elite swimmers when taken at doses of 4.8 g/day [3]. Other studies on athletes resulted in increased exercise capacity and decreased time to fatigue [4,5].

So it increases strength, work output, anaerobic capacity, muscular endurance, and lean mass, but that’s not quite all.

Another benefit is beta-alanine’s ability to improve the effectiveness of creatine. You may even be taking this preworkout supplement already.

During a 10-week lifting program, strength, power, body composition, and endocrine changes were examined in collegiate football athletes. Some subjects received a placebo, some creatine, and others a combination of creatine and beta-alanine. The group supplementing with both beta-alanine and creatine had great changes in lean body mass, body fat percent, and strength, without causing any hormonal changes [6].