Make Your Own Energy Drink

Tired of spending all of your money on overpriced energy drinks? Find out how to make your own DIY energy drink for less than $0.25 a gallon.

The use of caffeine supplements is nothing new today. There are coffee shops on almost every corner and energy drinks behind every convenience store counter. Aside from the warm social interaction it brings people within the coffee shops, caffeine is most commonly used for its stimulating effects to increase energy and alertness. For athletes and other gym-goers, however, there are even more benefits to caffeine. Using caffeine anhydrous as a supplement before workouts can improve performance, results and recovery – making it the perfect addition to any pre-workout regimen.

What is Caffeine Anhydrous?

Caffeine anhydrous is a pure, powdered version of caffeine, which is normally a crystalline-like substance. Anhydrous means “free from water.” Caffeine is found naturally in many plants, beans, seeds, and leaves. It’s normally ingested in the form of coffee or tea, but has made its way into supplement form for people wishing to control the effects more tightly. 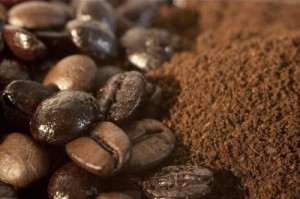 Caffeine crosses the blood-brain barrier easily, making it a very psychoactive substance. Inside the brain, caffeine counteracts the substance andenosine. Andenosine is responsible for inhibiting nervous system activity. Caffeine binds to the andenosine receptors and essentially stops andenosine from putting the brakes on neural activity.

Using pre-workout supplements is an efficient way to ensure you get the right supplements into your body at the right time. Athletes around the world use caffeine supplements to improve performance and accelerate results. The most common positive effects are increased fat loss, and enhanced power output.

Since caffeine increases overall energy output, it has a positive effect on the metabolic system. But how fast you metabolize caffeine depends on your genes. It increases the release of fat into the bloodstream and helps your body burn it faster. The effects can be magnified when combined with exercise since your body will be primed for fat loss. [1]

Doses of around 200mg or more are typically used for fat loss. You can combine caffeine with ephedrine or synephrine for increased fat burning potential. Ephedrine is more effective, but can be dangerous and is often harder to find than synephrine. Bronkaid, which contains ephedrine, works as a substitute if you can’t find ephedrine in its pure form.

Fat loss benefits of caffeine are more pronounced in non caffeine tolerant individuals. If you regularly take caffeine, you likely will not see as much of a fat burning benefit as someone who rarely takes the stimulant.

For aerobic activities like cycling or running, caffeine improves endurance. This seems to be a result of both the inhibition of andenosine and also the glucose sparing effect caffeine has on muscles. By increasing fat oxidation, caffeine prevents the body from using intramuscular glucose as the initial energy source so the stored energy can be reserved for later.  It is believed that caffeine helps with perceived effort and exertion, so it essentially makes exercise feel easier.[2]

An endurance-boosting caffeine dose can be taken at once and lasts for around 6 hours. One byproduct of caffeine is a reduction in perceived effort, which becomes synergistic with its endurance boosting benefit.

Caffeine isn’t just effective for distance-oriented athletes, it’s a great tool for weightlifting and other anaerobic activities as well. A study was performed on 18 male athletes who were given either caffeine or a placebo before performing chest press, leg press, or Wingate test. The group given caffeine lifted significantly more weight in the chest press and achieved more power in the Wingate test. [3]

Strength benefits of caffeine are seen at higher doses of around 500mg. The cause of increased power output may be due to caffeine increasing calcium mobilization in muscles.

However, studies which looked at 1RM (one rep max), did not see a strength increase with caffeine. It can be assumed that caffeine works better for higher rep ranges of at least 6 reps, which could be due to synergism with caffeine’s endurance boosting effects.

As anyone that’s ever exercised knows, doing a new type of exercise or coming back after a break can be painful the next day, so faster recovery is crucial. For experienced athletes, recovery is even more important since an event or entire career can depend on muscles being fully healed and at optimal performance at the right time. A study performed at the University of Georgia tested the post-workout pain felt by a sample of volunteers. The group given the caffeine had 48% less pain than the placebo group. [4]

There are strong benefits to adding caffeine anhydrous to your pre-workout routine no matter the level of skill or sport. Caffeine supplements will likely help you reach your goals faster. How much should you add? The studies referenced above ranged in an amount from 160mg up to 5mg/kg of bodyweight. Since you can build a tolerance to caffeine, it is probably best to start with a low dose and move up gradually as you see fit.