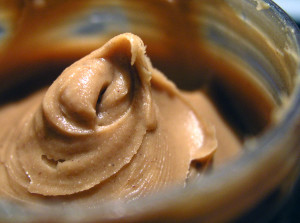 Among all the nootropics out there, choline supplementation might be the most crucial. Choline is an essential nutrient — a nutrient needed by the body but not produced by it. While it can be found in everyday food items (eggs, peanut butter), most people don’t get nearly enough.

In fact, 90% of the adult population is deficient in choline intake. The obvious route here is to supplement, but it’s not that cut and dry. There are several choline sources, all with their particular ups and downs. With such variable options, can you decide what the best choline supplement is? How is a spoonful of alpha gpc powder better than a plateful of eggs? Why stock up on CDP choline powder when you could just buy a few jars at peanut butter? Here’s an exploration your options to help you figure out what the best choline sources are for you.

Choline bitartrate powder is one of simplest and least expensive sources of choline. It’s made by combining choline with the salt bitartrate. On the plus side, it’s very cheap; the downside being that it doesn’t have as much choline in at (some forms being as low as 20%).

It’s not a bad choice if you’re looking to supplement which choline to make up for deficiencies or just as an all-around dietary supplement. However, it might not be ideal if you’re looking for something to pair up with a racetam (most of which burn through choline).

In higher doses, it can both cause stomachaches and give your sweat an odd odor. Recommended daily dose is 500 – 1000 mg.

Phosphatidylcholine powder is the second weakest form of choline – not to mention the type that turns up in foods. As such, it’s a “base” form of choline. Most other sources will convert to phosphatidylcholine in the body where it can be converted to acetylcholine or used to repair selves. In its supplement form it tends to caps out at around 13% choline. It’s a subtle, mild way to integrate additional choline into your diet. It’s effective at 800 – 2400 mg per day.

As the name suggests, soy lecithin is derived from soybeans, and is a nice all-around health supplement. It gives the body choline in the form of phosphatidylcholine, but also seems to benefit the body in few other was: for example, mice dosed with soy lecithin had a slightly better 12 month survival rate than the control group. On the downside, it similar side effects to bitartrate. If you decide to supplement with it, shoot for 400 – 800 mg per day.

One of the two forms usually touted as the best choline supplement, CDP choline powder (or citicholine) is a viable nootropic in its own right. This is thanks to a few neurological benefits you’ll get from the supplement even outside of boosted choline levels.

CDP choline powder is a precursor to phosphatidylcholine, but that’s not all. It also delivers a dose of cytidine, which converts to uridine, a substance with cognitive enhancing properties.

CDP choline is also unique in choline supplements in that it appears to boost dopamine receptor density – a neurotransmitter crucial to pleasure and reward systems. A nice side effect of this? A reduction of addictive behaviors.

In addition to this, CDP choline provides the usual slew of choline-related benefits: boosted memory, increased focus, even improved mood. It’s also performed particularly wells in studies attempting to slow cognitive decline, an area where other choline sources have failed to perform. If you’re looking for all the benefits of a regular choline source plus a few enhanced cognitive benefits, it’s a great choice. Go with 500 mg per day if you supplement with CDP choline powder.

Alpha GPC is frequently hailed as the best choline supplement. It makes sense, since it’s on par with CDP choline in terms of clinically-established effectiveness, even outperforming it in some areas. Like, say, increased physical power output after acute dosing, making it alpha GPC powder a go-to supplement for athletes. It also functions slightly differently. While CDP choline is a precursor to phosphatidylcholine, alpha GPC is a byproduct — it’s further along in the metabolic chain. This makes it particularly effective at helping cellular membranes stay healthy and strong.

It’s also a viable nootropic even on its own. Studies have shown it to both increase rate of learning and prevent memory loss. And in trials directly comparing it to CDP Choline, it outperformed it cognitive-improvement areas. If you’re measuring the effectiveness of your choline supplement by raw cognitive enhancement levels, alpha GPC is probably your best choice. Alpha GPC powder works best at daily doses in the 300 – 1200 mg range.

What is the Best Choline Supplement?

So which is the best choline supplement out there? The answer ends up being that there is no answer, at least not a hard and fast one. If you’re looking for light boost to choline-levels only, the occasional dose of choline bitartrate wouldn’t be a bad idea. If you’re in the market for cognitive enhancement, it makes more sense to grab a bottle of CDP choline or alpha GPC powder. Just make sure to try out both – since they work differently, there isn’t a clear “winner” so much as there are two alternatives. Happy supplementing!